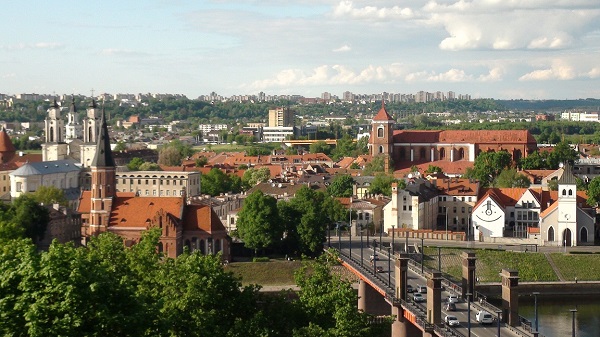 A view towards the Kaunas old town from the upper station of Aleksotas funicular.

Kaunas is Lithuania’s second largest city (population 325 000) resting at the confluence of country’s two largest rivers, Neris and Nemunas. For centuries it has been smaller than Vilnius, but only a bit, therefore Vilnius vs. Kaunas rivalry is felt everywhere from basketball matches to internet forums.

Kaunas medieval old town is smaller but more intact than that of Vilnius as it suffered less of the Soviet post-war destruction. It is dominated by the churches at the Rotušės (City Hall) square and a wide Vilniaus street as well as by the restored Kaunas castle near the confluence.

Away from the city center and close to the hydroelectric dam that dammed Nemunas river stands the impressive Pažaislis monastery (built in 17th-18th centuries), a pearl of late baroque in the Northern Europe.

What makes Kaunas really unique is, however, its heritage from later eras. It is here where the Russian Empire built a 1st class fortress (in 1882 - 1915), its forts, batteries, barracks and redoubts surrounding the entire Kaunas city. The majority of these fortifications can still be seen today and are in fact the best preserved 19th century fortress of this type in the world.

In the city itself you can see other remains of the Russian Imperial military, such as the garrison church ("the Sobor"), warehouses and derelict barracks where nothing is changed since they fell into disuse after the World War 1. 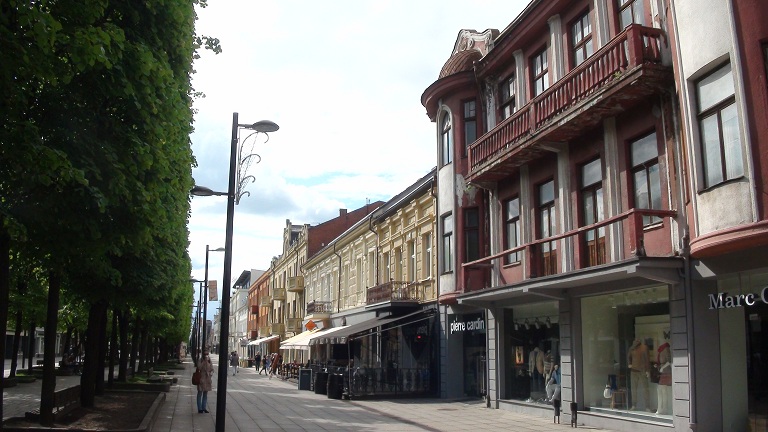 One side of Laisvės Alėja (Freedom Avenue), the high street of Kaunas. ©Augustinas Žemaitis.

Another era well visible in Kaunas is that of the interwar independent Lithuania. Vilnius was captured by Poland in 1920 and Kaunas became a temporary capital “until Vilnius is liberated”. As such it expanded swiftly (population increased by 66% in mere 16 years) and received many new public buildings as well as large private homes. Urban plan for Žaliakalnis hill district was laid back then with its imposing art deco Church of Christ Ressurection. 1922–1940 buildings also exist in the New Town which continued to serve as the city center throughout the period.

Modern Kaunas still searches for its identity in a way. Its major pedestrian high street Laisvės Alėja (Freedom Avenue) has recently “died out” with most businesses moving to the Old Town or the new shopping malls Akropolis and Mega. Approximately 100 000 people left Kaunas for good in the past 20 years, but the annual influx of students to its numerous universities never allows the city to age. And the local Žalgiris basketball team is still the most followed sports franchise in Lithuania.

The city attempts to shed its somewhat negative image through various ad campaigns, such as the one declaring "It is possible to live in Kaunas as well". Unsold outdoor advertisement space of the city is also used in other interesting ways, including the posters promoting the 10 commandments or quoting "Le Petit Prince". 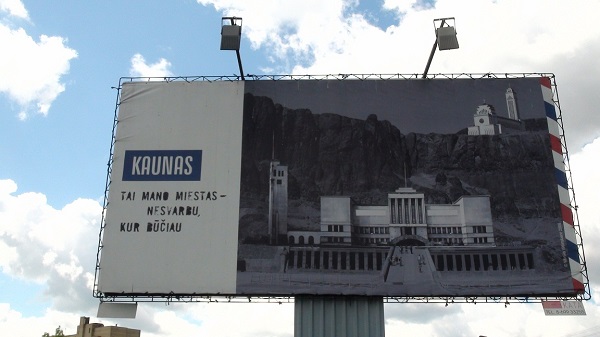 An outdoor advert declares: Kaunas. My city, wherever I would be. Created by Monika Vilčinskienė there are many similar ads that superimposes famous places of Kaunas on the best known wonders of the world (in this case, the War Museum and the Church of Christ Ressurection were moved to the landscape of Luxor, Egypt).

Some of the major national museums are located in Kaunas rather than Vilnius: the War museum and the Gallery of Lithuania’s most famous symbolist painter Mikalojus Konstantinas Čiurlionis (early 20th century) are among them. The Museum of Devils with a collection of devil and demon figurines is probably the most unique.

Kaunas is also the 4th largest city in the Baltic States by population (surpassed only by the three capitals). Among the region's 5 most populous urban areas Kaunas is the most culturally homogenous (over 90% of its people are ethnic Lithuanians).

More information:
Kaunas by borough (district): An area-by-area guide to Kaunas and its sights, with maps and pictures.
Kaunas by topic: Shopping, Entertainment and other topics of Kaunas. 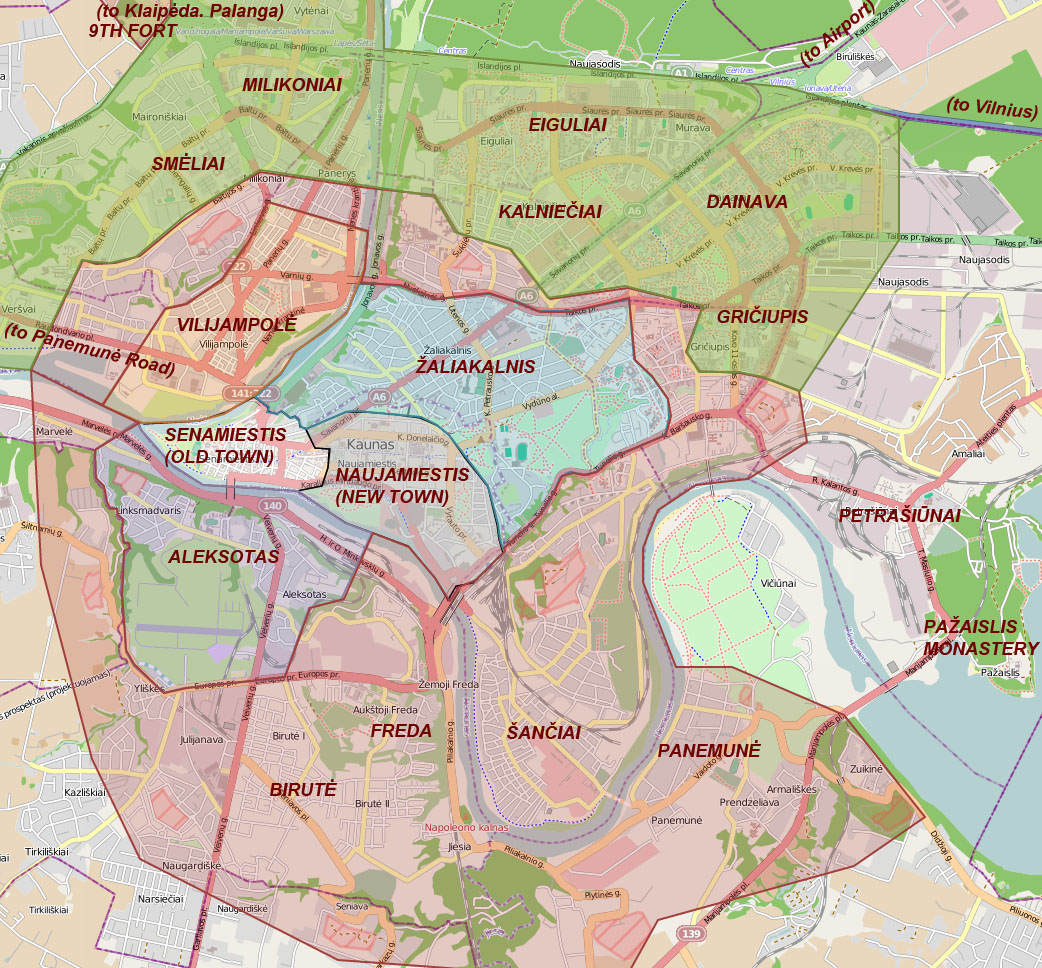